The hippo, the salesman and the significance of shoes 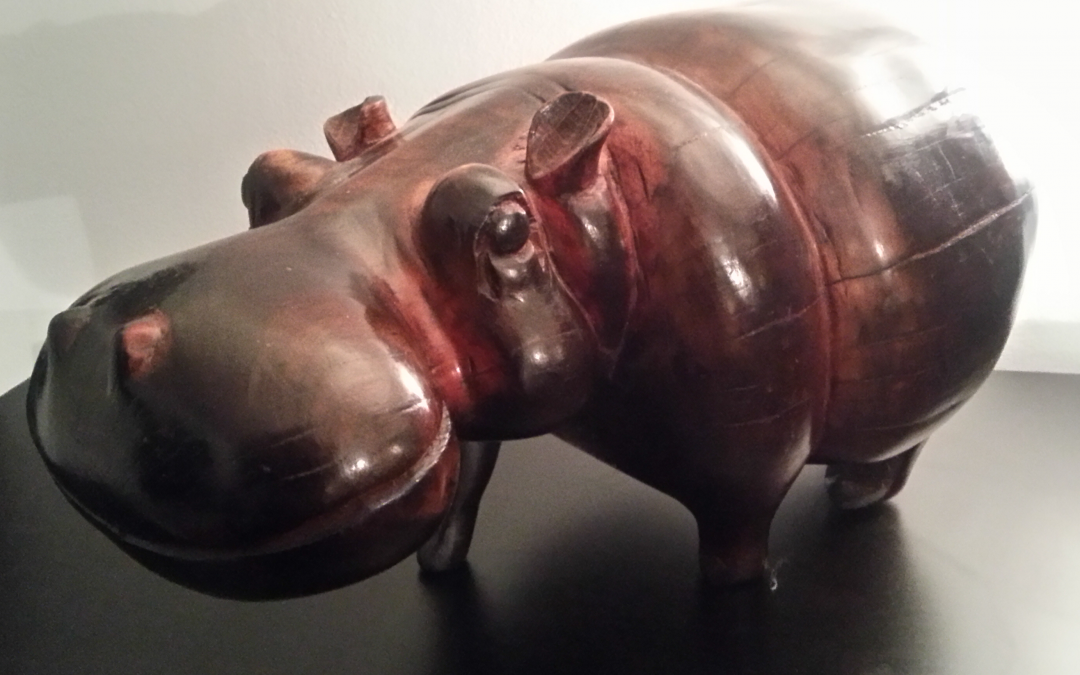 This week I’ve been asking myself how bad things have to get before we ask for help.

I’m thinking of all the people who struggle with a relationship without seeking counselling. Or those who wrestle with a problem at work and try and solve it on their own, rather than ask for help from managers or peers, or even a coach. Brené Brown, in her research into relationships, discovered we have a strong social imperative to appear strong and avoid feeling vulnerable.  Yet she believes:

I decided if I had to turn 40, then it had to happen in Africa. Which is how my family and I found ourselves tourists in Victoria Falls in August 2006. August 2006 was a hard year for Zimbabwe. A country that until 2000 had been described as “the bread basket of Africa”, was now struggling with hyperinflation and severe shortages of basic food and supplies.

And shortages are deadly

Earlier that day a passenger train had collided with a goods train a few miles out of town and burst into flame, killing more than 60 people onboard. The passenger train coming up from the south was old Rhodesia Railways stock which no longer had brakes and had to rely on the skill of the driver to coast into the station.  The goods train driver from the north did not know this and jumped a signal, believing the older, slower steam train would easily brake.

And back on Main Street…

We could have been in any small town in the Australian outback or the American mid-west with its wide main street, wooden sidewalks and covered porches. It was strange, bordering on the surreal, to see the spotless streets lined with shops full of Timberland boots, designer T-shirts and custom jewellery.

The shops were full of goods and bereft of customers

Which made sense when you realised that a roll of toilet paper cost more than 145,000 Zimbabwean dollars.  Or 69 American cents. Here’s the New York Times from May that year:

“The price of toilet paper, like everything else here, soars almost daily, spawning jokes about an impending better use for Zimbabwe’s $500 bill, now the smallest in circulation. But what is happening is no laughing matter. For untold numbers of Zimbabweans, toilet paper — and bread, margarine, meat, even the once ubiquitous morning cup of tea — have become unimaginable luxuries.”

It would be three more years before Zimbabwe would officially abandon its currency, but in 2006 Victoria Falls was a long way from the centre of political and economic repression, and American green was the colour of money.

Which is why I decided that it was almost my duty to fall in love with that carved wooden hippo. Made from polished African teak, and weighing in at over 5kg (11lbs,) it was a slightly lighter, but more benign, representation of Africa’s third deadliest animal. It was going to present a challenge to British Airways cabin crew, so the salesman offered to wrap it carefully. In his crisply ironed shirt the colour of the African sky, the man stepped from behind the counter to fetch newspapers to swaddle our new purchase.

Only then did we notice that he had no shoes

Looking around, we saw other shopkeepers were either barefoot or wearing shoes fashioned from old car tyres. It was a country falling apart from the feet up.

And the last thing anyone was doing was asking for help

Here in the northern hemisphere, where our problem is too many shoes rather than too few, this human impulse to keep going, to be strong, to try harder is also much in evidence. In no way do I want to equate the suffering in Zimbabwe with our rather “first world problems”, but I am interested in the common impulse we have to “cope”.

In times of stress or change we turn inwards

That might be personal stress, or the stress of organisational change.  In both cases, people tend to act as if they are on their own.  They internalise their problems; “acting out” by competing with colleagues or turning to more harmful comforters like too much food or alcohol. Brene Brown again:

“Shame corrodes the very part of us that believes we are capable of change.”

That salesman in Victoria Falls had no one to really ask for help to change his situation. I wonder if he even has a business or a job with the current pandemic situation?

Victoria Falls is a tourist town, there is no other industry there. There is no government support and so many have lost their livelihood. If you would like to help him and others like him, join me in supporting the Feed Zim Fund, visit their Facebook page for more information and how to donate.

We live in world where people would rather spend money on shoes than on getting professional support and help.

Wouldn’t we all be better off if we just asked for help when we needed it?

← How journaling reduces stress and boosts creativity
Share this...

This was the moment I knew I'd let go. . Let go of

Super lovely to open my email and see this! . Yes,

Which one would you choose? . I'm feeling beyond g

Do you show yourself regular appreciation? . So of