Calling all leaders: how warm is your water? 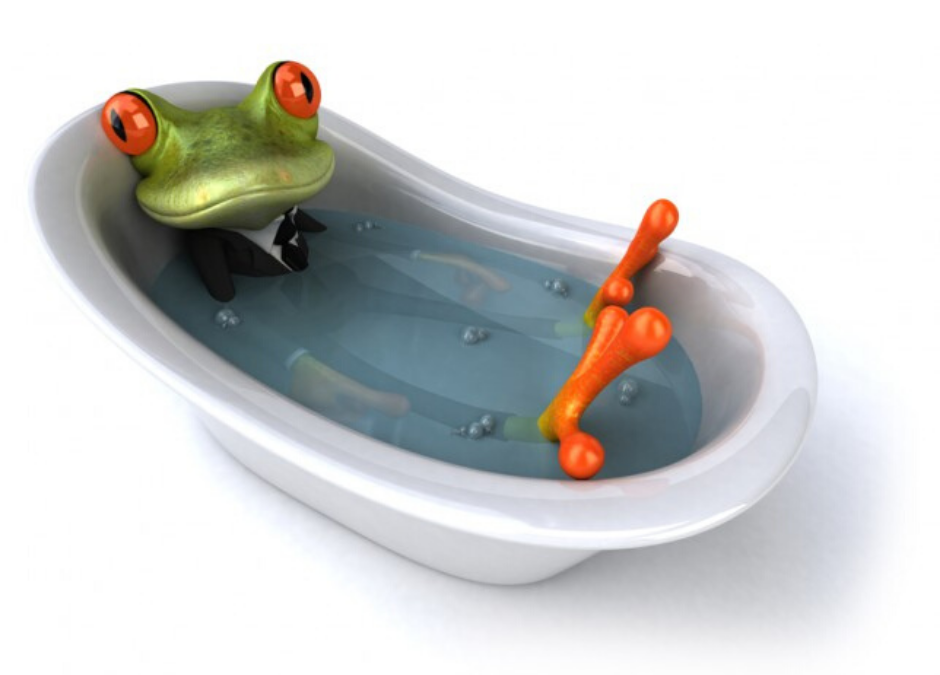 “If you drop a frog in a pot of boiling water, it will of course frantically try to clamber out. But if you place it gently in a pot of tepid water and turn the heat on low, it will float there quite placidly. As the water gradually heats up, the frog will sink into a tranquil stupor, exactly like one of us in a hot bath, and before long, with a smile on its face, it will unresistingly allow itself to be boiled to death.”

~ Daniel Quinn, The Story of B

Whilst German scientists in the 1880s found it was indeed possible to very gradually heat water until the poor amphibians expired, I think it’s a warning and challenge to all leaders who want to stay successful.

How warm is the water in your organisation?

According to The Economist, the average life expectancy of public companies shrank from 65 years in the 1920s, to less than ten in the 1990s. Whilst a golden parachute might break the fall, life in the C-suite is becoming ever more precarious. In just ten years the average CEO tenure has fallen from 8.1 to 6.3 years and is getting shorter all the time.

If they’re successful, next year they will be bench-marked against that success – if they’re lucky. If they’re not so lucky, they might be given a “stretch goal”.

In addition, technology has led to an expectation that they should be available 24/7. Reacting quickly is rewarded.

Everything is measured, all the time

I’m old enough to remember a workplace where we had five year goals. (And no, that was not Soviet Russia.)

Now we have staff on monthly goals, managers anxiously watching weekly targets and lots of people paying attention to the end of every quarter. Not to mention that we have pipelines and magnets for talent and nine boxes for all our human capital.

We even measure happiness – or engagement – and we find that’s the one thing going down.

Has your water heated up and you just haven’t noticed?

Or maybe you feel the pressure but you’ve looked around and seen your peers in similar situations? You see almost everyone you know scrambling to meet goals, working crazy hours.

Or you’ve jumped ship to another company, only to find that’s the way things are there too. Only with beanbags in primary colours and endless free organic coffee.

Unlike frogs, we don’t do well in cold water – we need a certain amount of pressure to thrive. Too little challenge and too much routine and we get bored. However, we were not designed to live with constant challenge.

Do you know what constant stress and pressure do to your brain and your body?

Thirty years of neuroscience shows that under stress, our body is flooded with adrenalin. This reduces our capacity to think clearly, to focus and to access the logical, emotional and creative parts of our brain.

This is survival mode. It’s not thriving. It’s short term – none of us were designed to be permanently on high alert. 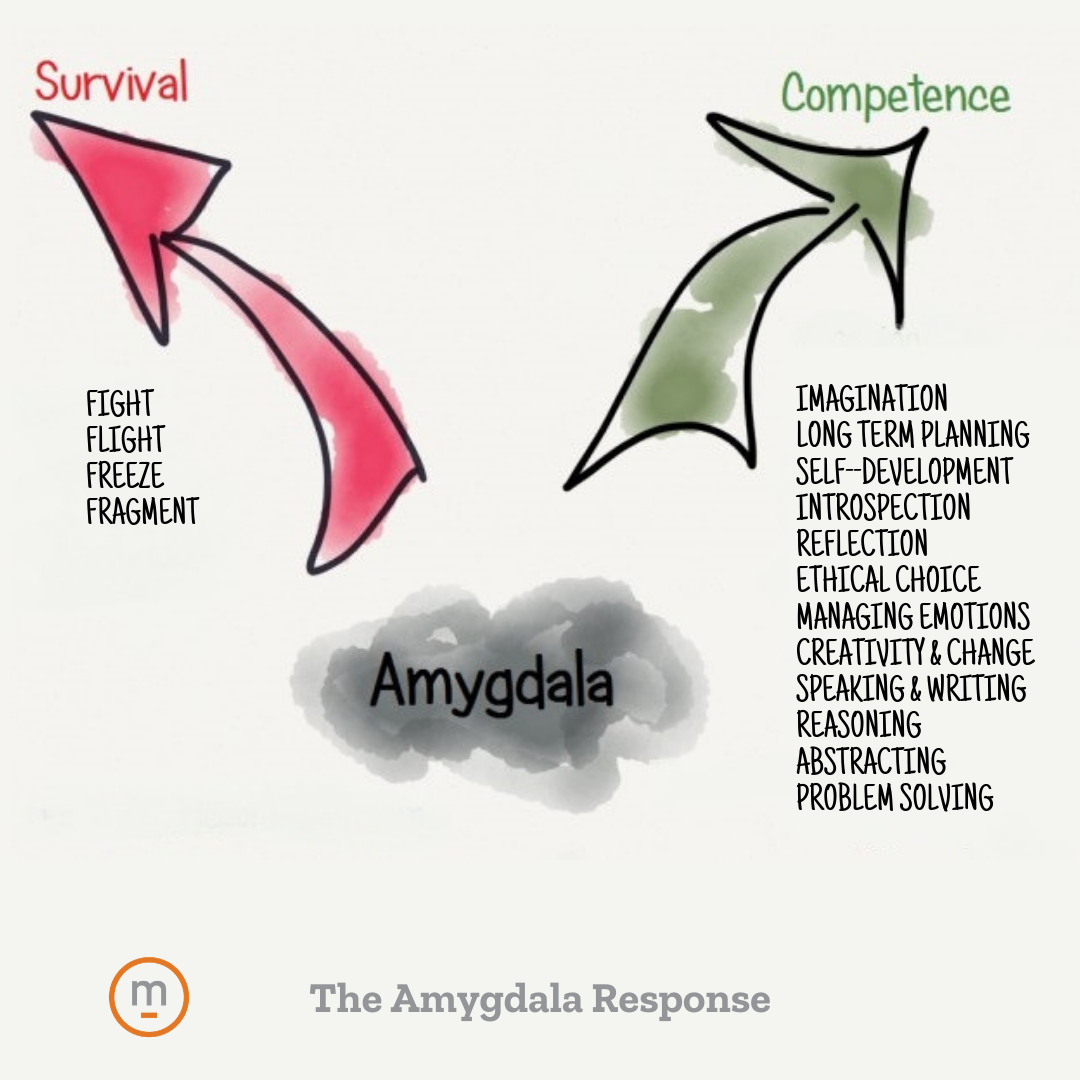 Too much time with too little sleep, not enough exercise or time for reflection and renewal lead to burn out and derailment. It leads to good people making poor decisions.

Now look back at the Pressure/Performance image. See that line labelled “The Road Runner route”?

Inspired by a childhood of Saturday morning cartoons, I remember Wile e Coyote chasing Road Runner off a cliff.

It takes Wile a while to realise he’s running on air. Just like the frog who – if it had a frontal cortex – would be luxuriating in that ever-warming water.

We’re not great at spotting what has really happened to us. Our competitiveness and our survival response blind us to the reality of our situation. And we tend to fall back on a rationalisation that we’re smart, we’re experienced, we’ve thought about stuff – a LOT – and still we have no choice.

This is the way things are. No one can help us.

Except that the biggest leadership responsibility of all is helping your team to get out of that hot water.

Leaders have a responsibility to pull themselves and their teams out of survival mode, back into performance mode. The only way to do that is to jump out of that water.

That does not mean leave, but it does mean taking time to reflect, to chose to respond instead of reacting, to listen and observe instead of constantly doing.

It means occasionally sitting on those bean bags in primary colours and really tasting that (de-caff) coffee.

Now, how would that feel?

← Feedback – Why the hamburger approach is just junk What if we’re not a great team and we don’t trust each other? →
Share this...

Fairy lights never fail to lift my spirits. It was

I'm with @adamgrant. What holds us back from telli

How do you carve out a bit of THINKING time? A lit

"Do what you can, do it with Love" @berniceaking .