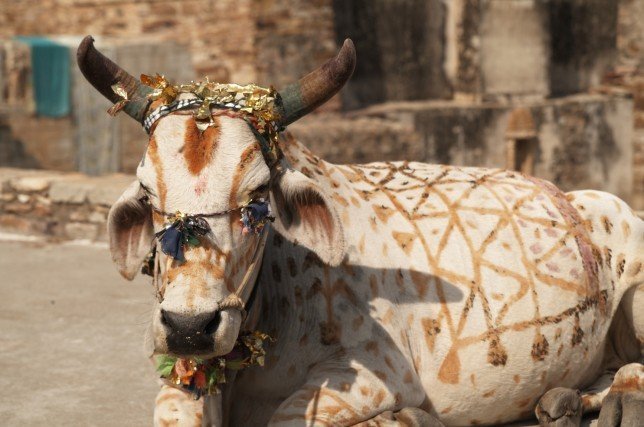 We know what motivates people at work.  We’ve known for a really long time and we’ve got an increasing amount of science to back it up.

The bad news is that this knowledge is rarely passed on at school, not taught on business school programs and only occasionally encouraged and rewarded in companies.

Organisations cling to policies, processes and habits that actively undermine or distort motivation and kill engagement.  Here are just a few:

It’s by no means an exhaustive list but it would be helpful if you notice how you react to certain items – which ones are your sacred cows?

Have you ever thought what it would be like to get rid of those things?

The problem with the first three items on the list is that they are extrinsic motivators – carrots and sticks.  Each one involves an element of win/lose.  Temporarily motivating the “winners” and de-motivating the “losers”.

What we really want to foster is intrinsic motivation, which must not involve a sense of winning and losing

Why?  Because of the way our brain is wired.

With the advent of MRI and fMRI technology neuroscientists have been able to explore the biological foundations of the way we relate to each other.

We know that the organising principle in our brain is to minimise threat and maximise reward.

As I’ve written before, when our brain detects a threat, our cognitive and emotional responses suffer, affecting our decision-making, collaboration, empathy and trust. 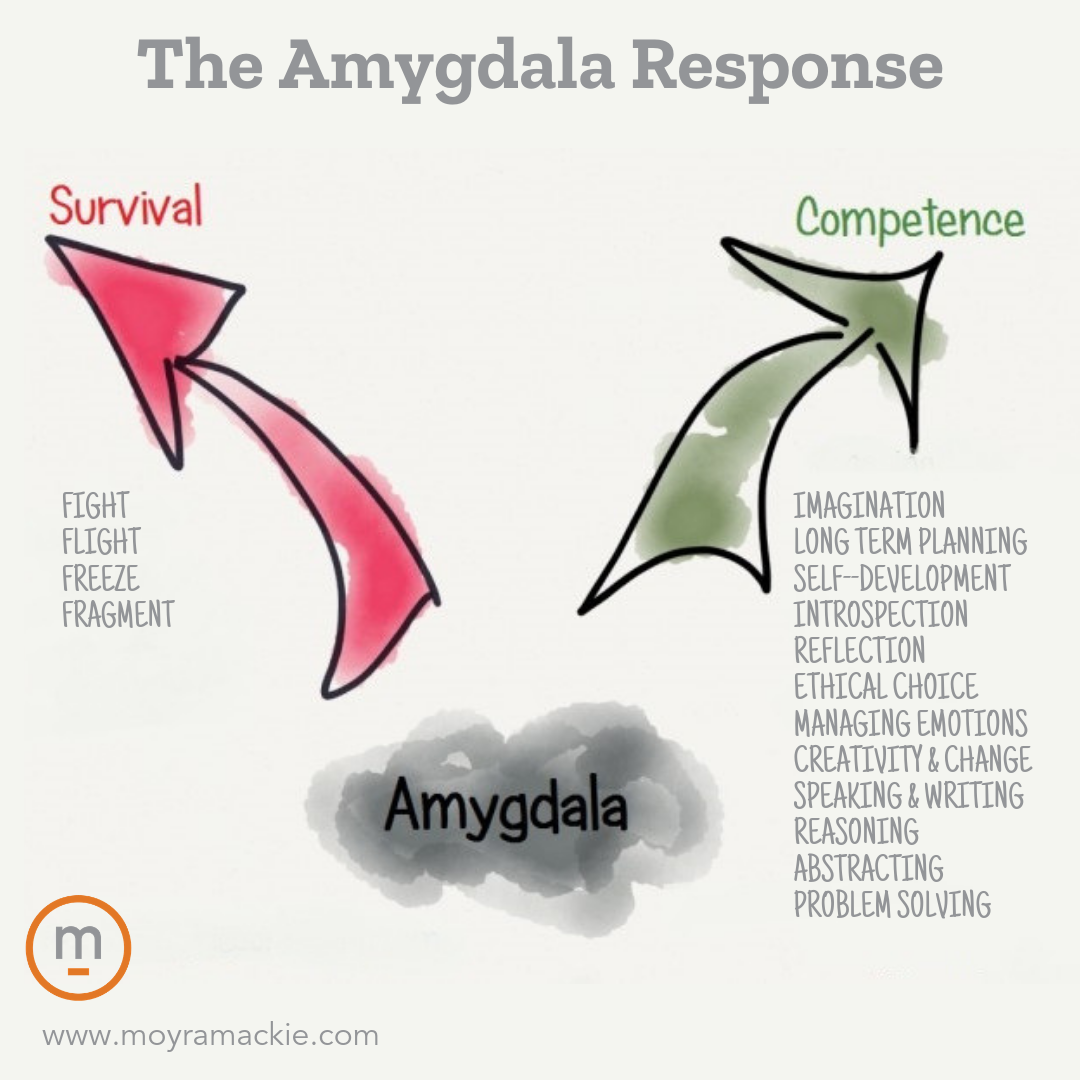 To motivate and engage others we need to avoid triggering that very sensitive survival switch that leads to survival behaviour.

Money matters – but not in the way you might think

There is now almost a century of research that points conclusively to the inadequacy of money as a motivator.

In fact, some of the world’s top economists were stunned to discover that when people were offered bonuses for work that involved decision making and creativity, their performance went down.  This result has been replicated many times over in controlled experiments around the world, as well as from empirical data, particularly from professional and financial services.

For more on this, you could do worse than watch Daniel Pink summarise this research.

The true levers of motivation 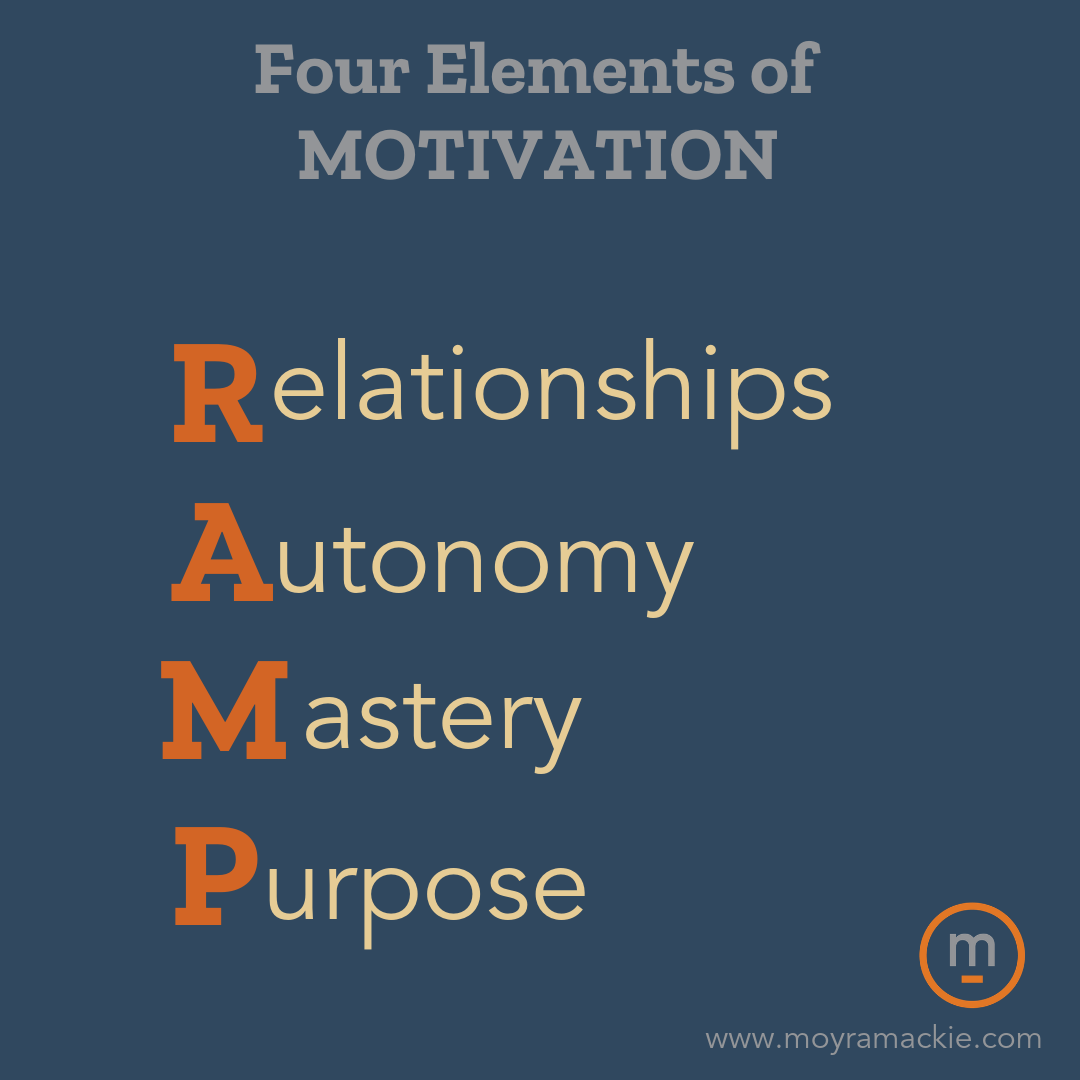 In other words, do people have enough freedom and choice within their daily work that motivates them towards voluntary personal and professional improvement?  Do they know WHY they are doing what they’re doing and do they feel they belong to a group that cares for them and keeps them safe?

We bring our emotions to work

Back in the 1920s the mother of all management theorists, Mary Parker Follett, recognised the importance of developing communities at work. She observed how we brought our patterns of relating – particularly in the way we dealt with conflict and power – from our experiences in our family of origin.

Follett worked with companies like DuPont to develop a new style of management based on the use of her concept of “power with” rather than “power over.”

These leaders aim for “power with” the people who work for them and create an environment where staff feel safe and valued.

Safety often gets rejected by the non-scientific, control-oriented branch of management who feel that safety equals complacency.

The old conditioning where competition is good (see school and sports) ignores the fact that our brains retreat to survival mode when competing.

We are hard-wired for connection and attachment.  The biggest factor driving engagement at work is the kind of relationship employees have with their manager.  People’s evaluation of their well-being in an organisation springs from their feeling of connection to leaders and co-workers.

Follett had a lot to say about the dangers of the emerging culture of what she called over-management.  She could see that the quality of output or the creativity of solutions depended on workers being clear on the goals and objectives given by managers but feeling that they had the freedom to decide on how to meet those objectives.

A reduction in autonomy – by being micromanaged – triggers a strong threat response.

There is a reason that people spend hours trying to master the guitar or fix an old car engine in their spare time.  Working towards a solution, always getting better, triggers feel good hormones.

Our search for mastery is what drives all great discoveries and breakthroughs.  Our desire for mastery is usually balanced by the provision of autonomy.  Even recent research shows that some boundaries – but not unnecessary restrictions – are essential to creativity.

In order to give our all, we need to know WHY.  We start asking WHY from a very young age – our survival mechanism craves certainty and clarity.  As you see, we’re back to that feeling safe thing again.

The role of leaders is often to reduce the amount of unnecessary uncertainty and to be as transparent as possible. Which means being more transparent than their own survival responses want them to be!

Our belief in the purpose of what we’re doing is often connected to the quality of the relationships we have.  Lack of connection leads to a lack of trust – of people and purpose.

In addition to challenging the sacred cows and reducing carrots and sticks managers need to:

← Journaling - how to get started when you have writer's block Emotional Intelligence and the Art of Noticing →
Share this...