Team coaching and Leadership: How to work with a team where the trust has gone 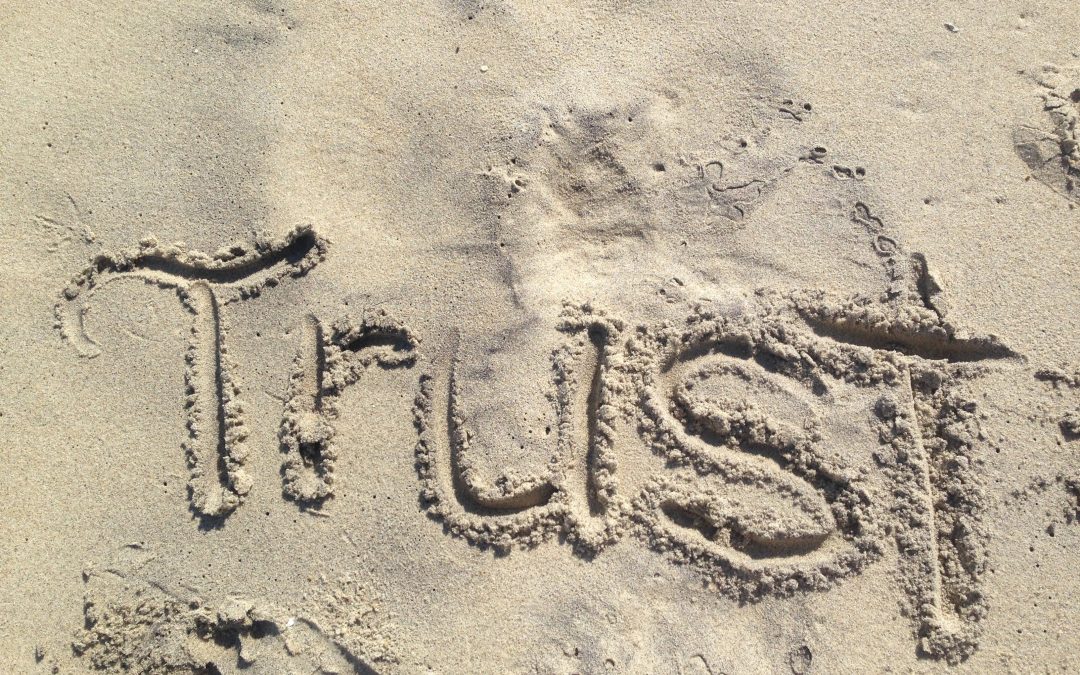 “What’s the difference between management and leadership?”

A variation of that question (leadership versus management) is keyed into Google more than 1.2 million times a month. Leadership certainly is a hot topic.

Do people want to know the difference between leadership and simply being a manger, or are they asking how to be better at what they are doing?

Leadership steps that management must take to get better at what they do include:

Perhaps you could assess this manager against those leadership steps?

I first met Paul when I began facilitating team meetings with Paul’s boss and Paul’s peers. During these meetings, I had worked on uncovering previously hidden issues the team had been avoiding.

As the coaching process continued, and the group became more open and trustful, Paul approached me for help.

Nine months previously, there had been a series of explosive and damaging disputes among the team about the awarding of a major contract and the strategic direction of the organisation.

The underlying reasons for the disputes were never addressed so the issue silently infected relationships and results.

Trust was low, and the lack of communication and collaboration had seeped down into the wider teams

Paul was feeling pressure from his boss and his peers to improve the situation.

He  admitted he was “conflict averse” and worked with me to plan and implement an intervention program for him and his team that would uncover and resolve the simmering issues and re-build team trust and cooperation.

So I began a three day meeting with the team with the question:

“What makes an effective team?”

A gentle start, but it was all the permission the group needed.

In no time at all I had a flipchart full of ideas. In essence the group felt safe “theorising” about the ideal team.

What they were also telling me, and each other, was that they did not believe those things were true of their team.

But they all agreed on what the future could look like

Paul had clearly chosen the right moment and positioned our meeting in just the right way that the team were eager to talk and, in talking, to take the first steps towards open and constructive dialogue.

But I understood that just as Rome wasn’t built in a day, neither was a trustful team

Paul had told me that he would work with me for a year; success at the end of that time was what would count.

So I focused the group’s engagement and analytical strengths on a series of team building exercises and simulations, whilst deliberately steering away from direct discussion of the underlying conflict.

On day two I arrived to find Paul and the team locked in the meeting room in animated discussions. I thought, “Yikes, are they already dealing with their conflicts?”

Instead I found that they wanted me to work with them to develop and facilitate an interactive off-site with them and about forty of their reports.

Now I had their trust, I could push them more

Following those coaching sessions the group reconvened and started to discuss how to work better together in the future and how to take advantage of their diverse views and skills.

Rehearsing a tough conversation increases the chances of resolving conflict

So in another round of coaching sessions,  I brought in one of my team, a professional actor and trainer, to rehearse the “difficult conversations” that each team member now knew they would have to have with each other to fully resolve their differences.

By having an actor inhabit the position of their counterparts, they could also replay the original contentious situation.  They quickly learnt that “It’s not just their fault, it’s also mine.”  The rehearsals allowed them to try out many different approaches in a risk-free environment.

At year end, the team spoke positively about each other in their 360º appraisals and about the process they had been through.

Paul’s boss and peers reported that the improved relationships were positively influencing other parts of the organisation.

Paul’s organisation is now benefitting from the team’s courage to take a risk, ask for help and to accept responsibility for making improvements.

In my view the reason managers are not always leaders is that they have not climbed all of these steps:

What else does Paul’s story tell you about leadership, management and getting the most out of teams?

PODCAST: How to have difficult conversations

How do you feel about conflict?  Do you welcome “tricky” moments as opportunities for differences to be aired and for creative solutions to emerge?  Or do you do anything to avoid discussions that might get heated, focussing on pouring oil on troubled waters?  Or maybe you’re the boss and you feel it’s perfectly fine to tell people in no uncertain terms what should be done?

This pocast is for you if you are a perennial People Pleaser or you are the kind of person who describes yourself as “a wear your heart on your sleeve, say it as it is” kind of person.  If you’ve ever uttered the words “bloody millennials” this is especially for you.

Are you like me? A ton of different notebooks and

"Find a picture of you. Just you (no kids, no pet

This is how we start every journal writing class.