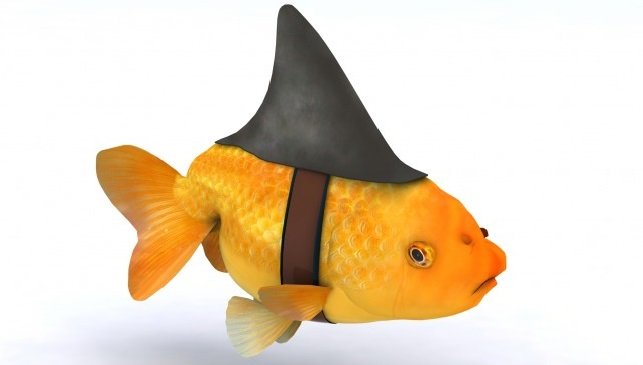 Each time I write about leadership or change, I get notes from readers that go something like this:

“I love what you write – it makes sense and it’s backed up by research – but how come I don’t see it put into practice?  Is it the case that managers don’t read any of this stuff?”

Why is change so hard?

Change management is a huge failure. More than 70% of change initiatives are still not delivering, despite the billions spent every year.

As a coach I’ve seen that it is possible to help leaders and teams achieve real change, but why does this happen so rarely?

The answer came in a brilliant post on the subject by Diane Dromgold who, in her no-nonsense Aussie way, got straight to the heart of the matter in her post Culture Change. Seriously? We’re still talking about that?

Diane recounts how consultants who tell clients the truth about change management meet resistance.  These consultants present a case based on simple behaviour change,  yet the client rejects this solution for a much more expensive “program with metrics and levers”.

This is how Diane puts it:

“A thought comes to [the consultant], and a moment of clarity. The client doesn’t want change at all. The consultant had answered the wrong question. The question being asked wasn’t how to make change happen but how to get people to love the way things are.

The whole change management conversation could turn on a pin. It’s not that hard. Real change takes modelling from the top and reinforcement of wanted behavior and outcome. It’s not hard, it’s not expensive and change starts immediately. Acceptance of what is requires marketing, and that’s easier and less expensive than one of the full blown change initiatives we see.”

I’m guessing Diane’s post was the result of a real-life conversation. Heck, I’ve had so many of those conversations myself, but never been able to pinpoint the fact that all this time I’ve been asking the wrong question.

So now I feel duty bound to help those readers who have faithfully followed my writing.  Let’s address the right question.

I readily admit that this is not an exhaustive or scientific list.  But it is borne out of eighteen years’ experience working with thousands of people in different companies all over the world.

I do mean feedback, not criticism or praise, or the annual appraisal.  Feedback does a lot of fantastic stuff – it shows we care, it helps us learn, it strengthens trust.  It’s also easily measurable and therefore the best temperature check we have of how well organisations are functioning.

What’s more, feedback, particularly upwards feedback, has been identified by McKinsey’s survey of 189,000 people in 81 companies across geographies and industries as one of the four key behaviours leading to organisational effectiveness.

2.  Do senior managers have coaches?

This is critically important for two reasons; it shows that leaders are able to learn and reflect but also that they are aware that they need to change and develop.

The ROI of coaching is out there for all to see, so not having a coach should be questioned.  What are leaders avoiding and why?

I don’t mean just one hero leader who everyone points to. I mean, is it really easy to follow managers because of their leadership ability?  Of course, this point is linked to question two and also to Diane’s post.  Organisations that are able to change will be the ones with leaders able to empower loyal followers and generate new ideas, new ways of working.

Let’s be generous and pragmatic; it’s OK to answer “no” to one of these questions.  But three “no’s” and it’s highly likely that leaders want you to change, not them.

Finally, two questions that speak to the system.  Answer “yes” to either of these and it’s likely that your organisation wants to be loved just the way it is.

Companies who are serious about change know that engagement is a vote on leadership.  The number one reason people leave their jobs is a bad boss – usually, some time after they have switched off and mentally checked out.

HR practitioners who believe in change will partner with the business, taking joint responsibility for the quality of leadership and engagement in the organisation.  They will challenge old thinking, such as bell curves and nine box grids, and support leaders to be the best they can be, but they will not “own” the engagement survey.

Dissatisfaction and poor performance won’t be solved by HR initiatives and they won’t be solved by fancy newsletters and Employee of the Month awards.  Engagement will improve when HR and managers walk the talk first and start showing they care (see questions 1 to 3!)

This speaks directly to Diane’s point about the attraction of large, expensive Change Management Projects.  Less easy to spot, but just as distracting, is The Cost Cutting Initiative.  This sounds big, brave and sensible and someone will make their name for outsourcing something that doesn’t need to be outsourced, or insisting hot-desking or more “vendor management” is the way forward. This perpetuates the nineteenth century notion of workers as cogs in a machine, rather than humans with untapped potential.

I’m going to stick my neck out and say that the latest shiny thing is On-line Learning.  It’s dressed up as responding to a new generation who wants on-demand, digital learning, but it very rarely comes with any evidence that on its own it actually works.  By contrast, something like coaching does work,  boosting self-awareness and emotional intelligence, drawing out insight and appetite for change.

Yet coaching is a harder sell for HR and it doesn’t look nearly as good as an interactive portal that mimics the Apple store.

You have two options – accept it or act

If you’re a leader reading this who really does want things to change you could act right now; questions one and two are entirely in your hands.

If you’re not a senior manager you can still act.

Acting might start with something as powerful as Working Out Loud.  I would strongly recommend this for anyone, of any level, working in a company where change feels harder to achieve than it should.

This way you avoid career roulette and begin to make meaningful connections that can turn frustration into purpose and give you genuine choices.  You might discover that you are more valued and less powerless within your organisation than you thought.

The other option is, of course, to find somewhere else to work.  If that’s the case, I’d really suggest that you ask these five questions before you sign on the dotted line at a place where the grass looks greener.

After all, there are a lot of companies out there looking for change – just as long as the change is in you and not them.

Which one would you choose? . I'm feeling beyond g

Do you show yourself regular appreciation? . So of

"How often SHOULD I journal?" This is a question

💯this! Except this is EXACTLY why so many peopl