Why you AND your team need a coach 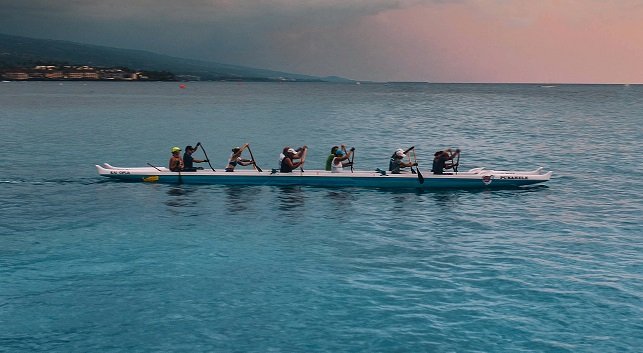 Coaching individuals has been proved to help leaders to:

Perhaps more importantly, in surveys from direct reports they are seen to be more effective managers and leaders.

Over the two decades I’ve been coaching leaders, I have had many HR and line managers ask me how we will test that the coaching investment has paid off and I always say:  “You will know within a few sessions; you will see and feel the difference in that exec’s behavior.”  And they do, which is why most of my work comes from referrals.

In my experience leadership coaching radically changes executives’ ability to know who they are and to show up consistently as open, vulnerable, strong and trustworthy, able to generate followship.

However, over the years I have discovered something even more important.

Research shows that despite all the guff written about leadership, the key finding is that leadership is relational; it is an agreement between leader (with or without a formal manager’s hat) and the person agreeing to follow.

Which is why I specialize in working with whole teams, not just individual leaders.  I have seen that transformation comes through group commitment and communication, alongside individual insight and action.

Are you looking to improve trust and engagement and reduce stress, firefighting and turf wars?

Then you need to choose team coaching.  Here is the true story of how I worked with one senior leader (who I am going to call Paul) and his team in a global tech environment.

I first met Paul when I began facilitating team meetings with Paul’s boss and Paul’s peers. During these meetings, I had worked on uncovering previously hidden issues the team had been avoiding.

As the process continued, and the group became more open and trustful, Paul approached me for help.

Nine months previously, there had been a series of explosive and damaging disputes among the team about the awarding of a major contract and the strategic direction of the organisation.

The underlying reasons for the disputes were never addressed so the issue silently infected relationships and results.

Trust was low, and the lack of communication and collaboration had seeped down into the wider teams

Paul was feeling pressure from his boss and his peers to improve the situation. He admitted he was “conflict averse” and worked with me to plan and implement an intervention program for him and his team that would uncover and resolve the simmering issues and re-build team trust and cooperation.

So I began a three day meeting with the team with the question:

“What makes an effective team?”

A gentle start, but it was all the permission the group needed.

In no time at all I had a flipchart full of ideas. In essence, the group felt safe “theorising” about the ideal team.

What they were also telling me, and each other, was that they did not believe those things were true of their team.

But they all agreed on what the future could look like

Paul had clearly chosen the right moment and positioned our meeting in just the right way that the team were eager to talk and, in talking, to take the first steps towards open and constructive dialogue.

But I understood that just as Rome wasn’t built in a day, neither was a trustful team

Paul had told me that he would work with me for a year; success at the end of that time was what would count.

So I focused the group’s engagement and analytical strengths on a series of team building exercises and simulations, whilst deliberately steering away from direct discussion of the underlying conflict.

On day two I arrived to find Paul and the team locked in the meeting room in animated discussions. I thought, “Yikes, are they already dealing with their conflicts?”

Instead I found that they wanted me to work with them to develop and facilitate an interactive off-site with them and about forty of their reports.

Now I had their trust, I could push them more

Following those coaching sessions, the group reconvened and started to discuss how to work better together in the future and how to take advantage of their diverse views and skills.

Rehearsing a tough conversation increases the chances of resolving conflict

In another round of coaching sessions,  I brought in one of my team, a professional actor and trainer, to rehearse the “difficult conversations” that each team member now knew they would have to have with each other to fully resolve their differences.

By having an actor inhabit the position of their counterparts, they could also replay the original contentious situation.  They quickly learnt that “It’s not just their fault, it’s also mine.”  The rehearsals allowed them to try out many different approaches in a risk-free environment.

At year end, the team spoke positively about each other in their 360º appraisals and about the process they had been through.

Paul’s boss and peers reported that the improved relationships were positively influencing other parts of the organization and so it was easy to get approval to have quarterly follow up coaching sessions to keep up the momentum.

Paul’s organisation benefitted from the team’s courage to take a risk, ask for help and to accept responsibility for making improvements.  Due to a series of reorganisations, this team got broken up, but the connections and commitment that had been built up, remained.  They no longer think in silos and they have taken their changed mindsets into multiple parts of the organization.

Contact me to find out how I can help your team.

← CV Writing: The 6 worst mistakes you can make Coaches are not cheerleaders →
Share this...