Emotional Intelligence and the Art of Noticing 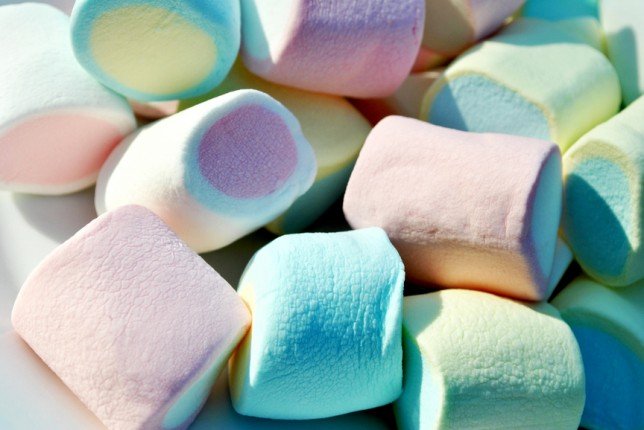 When Daniel Goleman’s first book on Emotional Intelligence was published in 1995 I was so excited by the possibilities he was describing that I was happy to rush to Barnes and Noble in Raleigh, NC and pay out what was then a princely sum of $40.

I was pregnant with my first son and captivated by Goleman’s introduction:

“What can we change that will help our children fare better in life?  What factors are at play, for example when people of high IQ flounder and those of modest IQ do surprisingly well?  I would argue that the difference quite often lies in … emotional intelligence…these skills can be taught to children, giving them a better chance to use whatever intellectual potential the genetic lottery may have given them.”

What four years olds and a plate of marshmallows showed us

In the book Goleman describes what has become known as the “marshmallow experiment” which was actually a series of studies on delayed gratification carried out in the 60s and 70s at Stanford University.

Researchers offered children the choice between eating a marshmallow immediately or holding out for two marshmallows if they waited until the researcher returned.

If you want to see how cute delayed gratification looks, do watch this video.

Follow-up studies found that children who were able to wait for the deferred reward tended to have better life outcomes, as measured by educational attainment, body mass index and a range of other life indices.

So what does it mean to have emotional intelligence?

People with Emotional Intelligence are:

Self-confident and able to:

Comfortable with ambiguity, open to change and regarded as trustworthy by others.

Driven to achieve for reasons other than extrinsic motivators like money and status and are optimistic even in the face of failure.

Are persuasive and able to:

Emotional Intelligence is mainly the art of noticing

Only the fifth of Goleman’s components – social skill – is about verbal dexterity.  The ability to persuade is often mis-diagnosed as emotional intelligence.  Those who “talk a good game” may be the least emotionally intelligent people in the room.

Schools and workplaces need to stop valuing speaking over listening

It bothers me that teachers place a premium on children putting their hand up in class and on speaking up.  This continues into the world of work, where saying and doing is valued more highly than noticing and reflecting.

If I had a penny for every time that I’ve been told a good leader is a good talker, I’d be writing this post from an expensive beach front mansion somewhere hot and sunny.

This is what emotional intelligence really requires 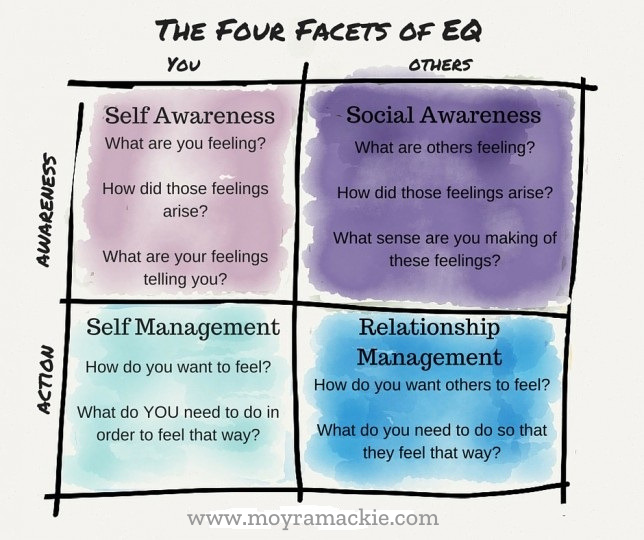 How can we all build emotional intelligence?

The short answer is:  become better at noticing.

This requires us to stop talking and start listening.  Not just listening to what others are saying, but properly listening to how we sound and how we feel while we’re speaking.

We need to become better observers. To really take in and savour what is happening around us, which is why mindfulness is such a necessary habit to acquire.

We could all become better observers of the simple things

How many spaces are there in the car park and where do you normally like to park? What are the names of the receptionists and delivery people and what mood are they normally in?  What’s the name of the guy in the cubicle at the other end of your floor and how could you get to know him better?

We could regularly take our own emotional temperature

Regular check-ins with ourselves on how we are feeling is a way of developing self-awareness and practicing self-regulation.  We need to step back in our interactions with others to ask ourselves, “what is really going on here, what is the emotional subtext?”

We need to get comfortable with feelings

To consistently notice how we feel, how others feel and to express our feelings in a way that is clear and non-confrontational.  We need to understand that “facts” can often just be feelings accompanied by statistics.

“Our everyday, traditional ideas of reality are delusions which we spend substantial parts of our daily lives shoring up, even at the considerable risk of trying to force facts to fit our definition of reality instead of vice versa. And the most dangerous delusion of all is that there is only one reality.”
― Paul Watzlawick, How Real Is Real?

How big a challenge would this be?

← Motivation: Why carrots and sticks don't work CV Writing: The 6 worst mistakes you can make →
Share this...

New beginnings. It's never too late to begin and t